Why we all need some “Ambition” in our lives 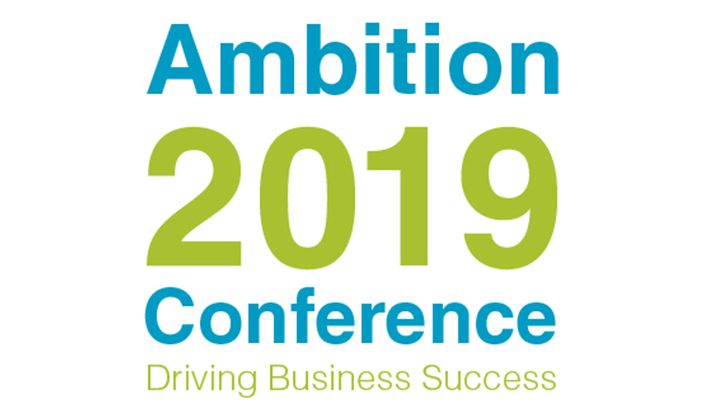 Tuesday 12th November marked the 5th year of the prestigious Ambition Conference in Broxbourne. Held at The Spotlight in the centre of Hoddesdon, this event not only brought local businesses together for a perfect networking opportunity but also delivered inspiration and education from six key speakers throughout the day, not to mention an “Ask the Expert” session covering lots of subjects.

Being too good an opportunity to miss, Cariad Marketing sent our Social Media Assistant Charlotte, and our Business Development Manager Colette along to be part of the action.

“The first thing I noticed,” said Charlotte, “was the vibe in the reception area when people were networking before the start of the event. It was clear that everyone was very excited to be there and keen to learn as much as they could and share it with their colleagues, or take it back to their businesses to inspire their sales and marketing strategy”.

The Ambition conference has a unique format. Jeremy Nicholas, who is now in his 4th year hosting the event, runs a tight hosting ship. After around 30 minutes of quality networking, the delegates were invited into a large auditorium where the running order of the day was presented by Nicholas in a witty and engaging way. Five speakers would take to the stage in the morning:

“The knowledge from just five people that morning was amazing,” says Colette. “Not only did each one offer a different area of expertise, but they presented it in such a way that we were kept engaged and motivated even when we were getting hungry! My notebook was full with and I had only been there for three hours!”

Each speaker obviously had an amazing level of skill and was able to relay this in an inspirational way. From making paper aeroplanes (who knew the level of skills in the room?!) to everyone getting on their phones and connecting to each other with just one click of their smartphones.

Lunch was served and there was another great opportunity to network. This time the excitement had turned from a buzz to lots of conversations relaying what people had learned, and how it applies to their business.

After lunch was another great initiative – “Ask the Experts”. This was an opportunity for a round table discussion with an industry leader in their field to have questions asked by the local businesses. There were seven tables in total:

Each table held two sessions. Which meant you had to be quick to get the table of your choice to have the expertise you need. Some tables had people standing around them – that was great to see!

The day was finished up with Lysa Hardy, CMO at Hotel Chocolat, delivering a presentation on the company, and the secrets and inspiration behind their most successful marketing campaigns.

“What struck me as unique”, explains Colette, “was the number of people who were still at the venue long after the conference ended. It was great that the speakers and experts hung around so that those of us who missed talking to them at the round table discussions were then able to talk to them on a one to one basis.”

The buzz continued after the conference, and the relaxed vibe was still attached to the day. People were still networking, walking around the sponsorship stands and asking questions after questions. The interactions between different businesses were great to see.

Perhaps one of the best things about the Ambition conferences is that they have charities that they raise money for each year. It is still too early to say, but the amounts raised equally for Teens Unite, and the Samaritans are looking to raise well over £5,000 – how amazing are these local businesses? The team at Ambition Conferences are amazing and give so much more than just business advice and networking.

To see for yourself, you can book your early bird tickets now for Ambition 2020!

Client Services Team Manager Colette is usually the first friendly face new clients meet and is always ready to impress with her marketing knowledge and experience. She’s a fitness fanatic, devoted to her family and a sucker for charitable causes.