Which do you think is better- a computer that thinks like a human brain or a brain that acts like a computer? If you are a bit puzzled as to the right answer, it is a rhetorical question and I am not expecting a ‘yes’ or a ‘no.’ We live in an age of technological advancement as search engines have been built with algorithms that  are designed to act like the human brain. This is achieved via machine learning models such as artificial neural networks. As a point of clarity, this post is not about how computers have become smarter than humans or how they can replace us. It focuses on how search engines have been inspired by how the human brain functions and have developed mathematical models to generate the most relevant search results for users. Before getting into the top level bits on how search engines adopt the principles of neural network, it is important to briefly look at how the human brain works.

How does the human brain work?

The human brain  is comprised of about 100 billion of nerve cells known as neurons. These neurons have the ability to collect and transmit electro-chemical signals. Neurons send messages to each other which help with the optimal performance of the brain. Without going into the basic parts of the neurons, it should be noted that when our body encounters external stimuli like sound and image (light), our input, inner and output neurons are triggered. Neurons facilitate human intelligence as it helps us identify patterns and predict the best result or answer based on previous experiences or knowledge. 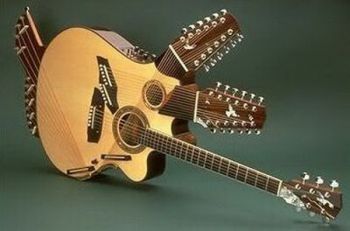 If you are asked to guess the above image, I am quite sure your answer will be a guitar. Whilst it seems like a weird looking guitar, our brain still helps us identify it as a guitar. How does this work? The moment we come in contact with this given image, the surrounding light, in conjunction with the image light, strikes our retina and the information processing begins. Our input neurons receive the data (image in this example), which is then transmitted via the hidden neurons to their output counterparts. With the help of the most relevant hidden neurons, the output neuron is able to predict that the image is a guitar based on the shape, colour, movement, location and spatial organisation (points, lines, areas and volume).  Based on the string, colour, shape and how the object is structured, our brain tells us it’s a guitar and not a piano or saxophone. The implication of this is that the neurons have made the human brain so intelligent that we can make correct guesses of people, places and objects even when they look different from our previous experience or encounter. Let’s assume a friend of yours completely changes their hairstyle or make-up, you are still more likely to rightly guess it’s them. This is based on how your inner and output neurons interpret shapes, colour, movement and a few other elements. This is quite similar to how search engines work as they constantly encounter new or modified queries. This is akin to the example of the guitar above; despite the strange design, the neurons in our brain have collated elements of the look and structure of guitars and correctly guess one even when it does not perfectly look like one we’ve seen in the past.

Most search engines have some form of artificial neural network models, which is important in learning clicks from users in relation to search terms and predicting the best results for future searchers. It is believed that the number of queries fed into this model will be instrumental in determining its effectiveness in producing the best search results or websites for users. As users click, the algorithm studies their preferences and reorders the search results page accordingly to ensure the next user finds the most relevant website. Let’s say you ran a search for ‘basketballs London’ and 10 websites are organically generated on the search engine result page. The top two organic results are websites that sell basketball products whilst the third website focuses on basketball clubs. Assuming most users with a similar search all visit the basketball club website and ignore product sites such as Sports Direct., the artificial neural network ranking algorithms of Google will promote the ‘Getactivelondon.com’ website above that of ‘Argos’ and ‘Sports Direct’. The diagram below expresses a simple artificial neural network for search engines. The first column of boxes is the input neurons which collect the user’s queries. In this example, the user has run a search for ‘world river bank.’ This query is then transmitted to the hidden layer and the most relevant of this layer is labelled ‘hidden1.’ The hidden layer is also viewed as the query layer and it determines the most relevant output by using a list of weighting for the different URLs, largely determined by the previous user’s click behaviour.

Simply put, most users who had ‘world’ and ‘bank’ in their queries found the ‘World Bank’ URLs most relevant,/; hence the said results are generated for the ‘world river bank’ query.

Neurons are a powerful transmitter of signals and largely account for human intelligence. This has triggered the need for search engines to develop algorithms that are similar to how the human neurons function. As such, are search engines striving to be as smart as humans or just aiming to provide the most relevant results to users? I’ll sway more to the latter than the former.